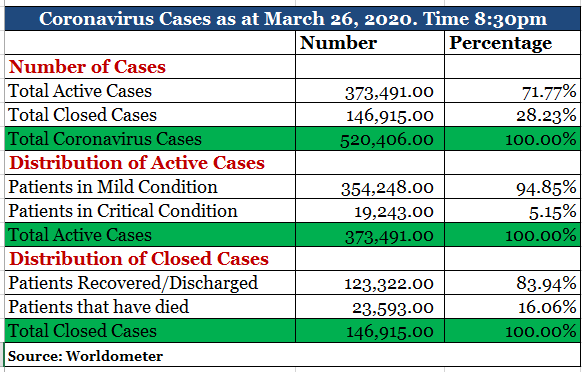 Effective from Friday 27th March, the Kwara state government announced a partial lock down of the state as a preventive measure against the spread of coronavirus (COVID-19). As such, all motor parks, public transportation including motorcycle, tricycle and taxis are banned from operation. The state deputy Governor, Mr Kayode Alabi, however noted that only food stores and pharmacies are allowed to open at the market, stressing that eateries are only to sell take away to their customers. All hostels and shopping malls must make provision for temperature checking and hygiene, using infrared handheld thermometers and hand sanitizers.

At the moment, the Kwara State government said it has completed a 20-bed high quality isolation center at the Sobi Specialist Hospital and plans are underway to build additional and well equipped intensive care unit at the Ilorin General Hospital. The governor further said that the state the state is looking at extending the isolation center to about 100 patients and that it should be ready in the next couple of weeks. This, in my view is a fantastic measure given the fact that Kwara state is preparing for the pandemic as soon as it finds its way into the state.

A critical look into the lock down measures above is that since public transportation is banned, then citizens with private vehicles in the state can still move freely to eateries and shopping malls including food stores and pharmacies at the market. Those at the mercy of public transportation however, will find it hard to go to the market for food and drugs, nothing that markets are concentrated in specific locations in the state. Take for instance, someone without private vehicle living at Tanke Junction weill find it hard going to places like Oja Oba to get cheap foodstuff. Someone living at Ijagbo will also have to trek to Offa or Owode market to get foodstuff.

That aside, the next paragraphs explain my views on the cost of the partial lock down in the state as well as what should be done alternatively.

What the Demographics say

Official figures from the death rates from the virus indicate that those liable to die from it are and old citizens at the age of 80 years and above due to their weak systems. Based on the data obtained from Mckinsey and London Business School, Data from Italy shows that of the mortality rate of about 7%, 12.5% are between the age of 70 and 79 while 20.2% are above 80 years. In china, 14.8% of the percentage of those that have died from the virus.

Can Kwara State afford a Lock Down?

With majority of the active workforce in Kwara state are in the informal sector, then it is expected that their cash flows is on a daily basis. Money with them today vanishes today with little left to save. In the next day, they continue the daily struggle and use it for consumption and the cycle continues. This is unlike those in the formal sector which on an average depend on monthly salary which is expected to sustain them at least for the month.

Kwara state cannot afford to pay the citizens at home N10,000 per month for the next two months. Nigeria as a whole cannot afford that at this time. But the United States is giving its citizens a one-time pay check of $1,200 up to about 13 weeks (married couples to get $2400 dollars) while Canada announced $2,000 per month to be paid to its citizens for the next four months. They all can afford a lockdown and they have the healthcare system, even though it is overwhelmed.

Lagos state today March 26, also announced 6 recovered cases (as at the time of writing this article), making the total number of recovered cases stand at 8 including 1 death.

If the lock down continues with no measure to put money into the pocket of the citizens especially those in the informal sector so as to keep demand level at a relatively fair state, then it will only be a matter of time before the citizens start to flout the stay at home order. The hunger will bring them out and at this time, nobody will want to care about any virus and should the government decided to use force, then chaos comes to the land.

In terms of health, a lock down (either partial or total) and isolation has positive effects in mitigating potential damages to be caused by the virus. For the economy however, a lock down and isolation has negative externalities which has the effect of bringing greater damages. This therefore leads to the words of Abdullah Shihipar who says “Social distancing is required to prevent the infection. But isolation can make us sick”. This is the Coronavirus-Isolation paradox according to the London Business School.

What should be done as an Alternative

All these come at a cost majorly to the state with the citizens bearing little opportunity cost. Also, the cost associated with this is far less than the cost associated with locking down the state with no effort in ensuring liquidity in the system. Sorry for comparing, but the United States and the likes will not declare a lock down if they have no capacity to give cash directly to the citizens.

People are forced to stay at home but it will not stop them from stylishly going about their economic activities at least once in a while. Economic activities will slow down and the citizens are confident with the activities of the government. Cases are also likely to rise. However, with the alternative measures, record of deaths will be significantly low (as a result of high mild cases) because old citizens will be less likely affected.

The people are already stranded. Income level is significantly low, thereby leading to depressed aggregate demand. There will be increased number of sick citizens and the hospitals freed up to treat non-pandemic cases will be overwhelmed as a result of this. The state ends up catering for non-pandemic cases and pandemic cases all together.

Income level is already depressed. The government will need to increase demand by spending aggressively to raise the consumption level back to normal. This is because both demand and supply are already in shock. The government will also have to battle with non-pandemic related sickness as the citizens would have been sick from loneliness caused by a lock down as well as hunger. On the positive side, the state will have well furbished hospitals to tackle extreme cases of virus. The healthcare system is improved as a result and it has a good chance of tackling the non-pandemic issues too.

Opinions, suggestions and additions are welcomed as usual. You can drop them in the comment section. Additionally and should you need a data backed research for yourself or organization, please send a mail to info@giftedanalysts.com 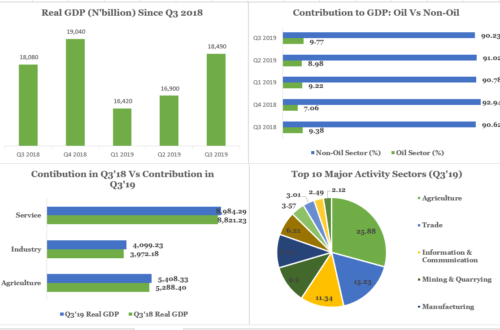 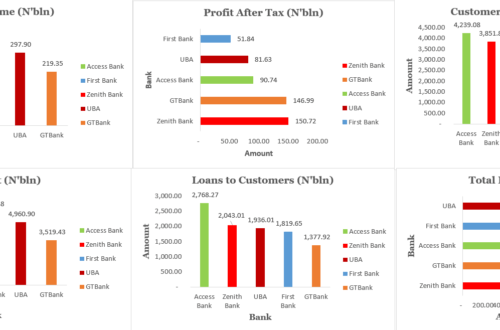 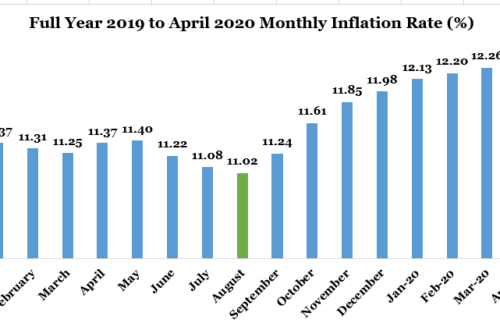